B.Voc Sound Engineering is a 3 year undergraduate Vocational course. Sound Engineering is a course in the field of music and audio production. By opting for the course, one can learn how to create music for different purposes like movies, videos, songs. Anyone interested in the music field can choose to pursue the course. It teaches students the art of creating music. A sound engineer is responsible for capturing sound, mixing tunes or capturing ambient sounds during a shoot.

M.Sc. Physics is a 2 year postgraduate Physics course. Physics is a natural science that involves the study of matter and its motion through space-time, along with related concepts such as energy and force. More broadly, it is the general analysis of nature, conducted to understand how the universe behaves.

Bachelor of Tourism & Travel Management (BTTM) is a 3 year under graduate program which is aimed at providing students with the in-depth knowledge about tourism and hospitality trends. It involves both practical and academic study of tourism business, its operations, the behavior of tourists, trends in the tourism industry and its dynamics. Students during the program undertake a lot of research work to grasp the knowledge about how the tourism industry world, how it has grown in the past few years, and what necessary steps and measures are required for the safety of tourists in the country for the industry to run smoothly.

Bachelor of Computer Applications is a 3 year undergraduate course which deals with information technology and computer applications. The course imparts knowledge about different computer applications and how to solve and address the problems which arise from a computer and its applications. The course includes subjects such as core programming languages Java and C++, data structure, networking and others. BCA provides various opportunities to the students who wish to pursue their career in IT and software.

Bachelor of Business Administration (BBA) is a 3 year professional undergraduate degree which is an abbreviated form of the Bachelor of Business Administration. B.B.A. Course is designed to provide basic understanding about Management education and to train the students in communication skills effectively which inculcate entrepreneurship skills. The students are prepared to explore opportunities being newly created in management profession. Business Administration study methodology involves training through practical experience in the form of case studies, projects, presentations, industrial visits, and interaction with experts from the industry.

BA Economics is a 3 year undergraduate Economics course. Economics is the social science that analyzes the production, distribution, and consumption of goods and services. The curriculum comprising areas such as definition, nature, scope, concepts, utility, production, market, monopoly and other minor or major aspects of Economics.

B.Sc. Physics is a 3 year undergraduate Physics course. Physics is a natural science that involves the study of matter and its motion through space-time, along with related concepts such as energy and force. More broadly, it is the general analysis of nature, conducted to understand how the universe behaves. The degree course is very important and valuable as it is job orienting in nature that opens widespread scopes for the candidates after its completion not only in the educational field but also in many other areas.

B.Sc. Petrochemical is a 3 year undergraduate course. This course is an introduction to the basic elements of an effective Oil and Gas Industry Safety Management System (SMS). The information, tools, and resources provided in course are designed to help you, whether you are an employer or employee, to identify, reduce, and eliminate oil and gas-related hazards.

B.Com Taxation is a 3 year undergraduate Accounts course. The course covers the study of principles of accounting, financial planning and economic theory along with a specialized focus on taxation. B.Com. (Taxation) is a degree program in which, apart from a general course study in Commerce, the primary focus is on the systematic study of the concepts in the specialized subjects and topics related to the fields of taxation and covers all types of taxes including Income tax, Sales Tax, VAT, Service tax, Property tax, etc and taxation laws and regulations.

B.Com Computer Applications is a 3 year UG course. This specialization has an underpinning of valuable blend of theory and practice, allowing you to gain in-depth knowledge in Computer Application and equip you to be an effective financial decision maker with IT flavor, even if you are not from a specialist IT background. The focus will be to develop the required skills to understand, analyze, critically evaluate and interpret financial statements for decision making either for entry level manager’s or one with experience. You and your batch may choose a range of courses that are offered, that will make you as a full-fledged specialist in finance.

M.Com. Finance is a 2 year postgraduate program which focuses mainly on the systematic study of finance and specialist fields. Under the M.Com Finance course candidates develop sufficient data processing skills and quantitative techniques. The course is designed to provide a wide range of financial skills to the students while building competence in a particular area of business. Under the M.Com course in Finance, students learn about general business, accounting, finance, business management, human resources, marketing and so on.

Al-Ameen College, Edathala, Aluva is a cutting edge Arts and Science Co-Educational Institution of higher education in the aided sector.It is one of the prime institutions run by the Al-Ameen Education Trust, Kochi.The Founder of Al-Ameen Movement, Dr. Mumthaz Ahamed Khan, is a visionary who strove to make his dreams reality. His innate integrity and compassion compelled him towards the development of the downtrodden sections of society.​

Self financing programmes were started in the Institution by the introduction of B.Sc Bio Technology and B.Sc MLT in the year of 2003. B.Sc MLT, a paramedical course, was re-affiliated to Kerala University of Health Science (KUHAS) in the year 2012. It no longer offered by the Institution as a programme of study. M.Sc Physics and B.Com Computer Applications were introduced in 2004. BTS (Bachelor of Tourism Studies) and BA Communicative English were started in the year of 2009 under the self financing stream. B.Sc computer science and BCA were started in 2013 and 2014 respectively and again in 2015, BBA course has been sanctioned.

In year 2006 the College is being included under sections 2 (F) and 12 (B) of the U G C Act. Al-Ameen College was declared as a Minority Educational Institution by the Government of India in the year of 2008. In 2015 was notable in the history of the Institution with the accreditation from National Assessment and Accreditation Committee (NAAC). 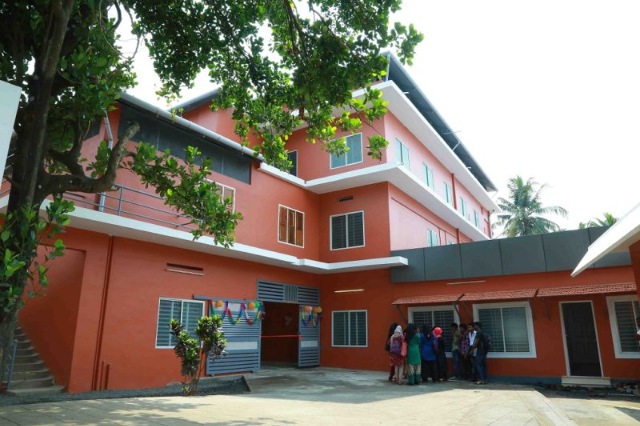 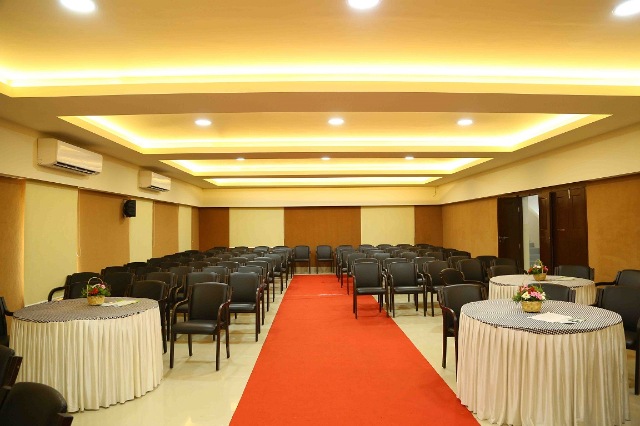 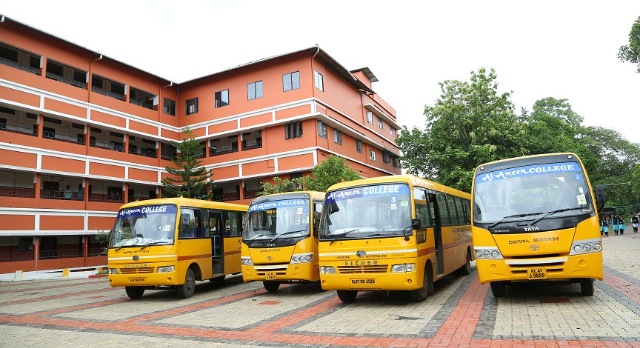 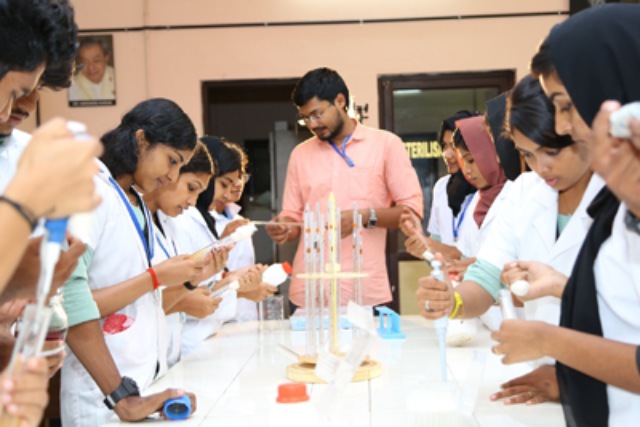 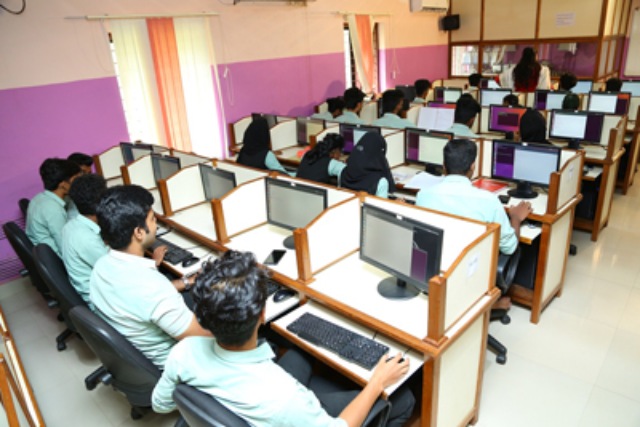 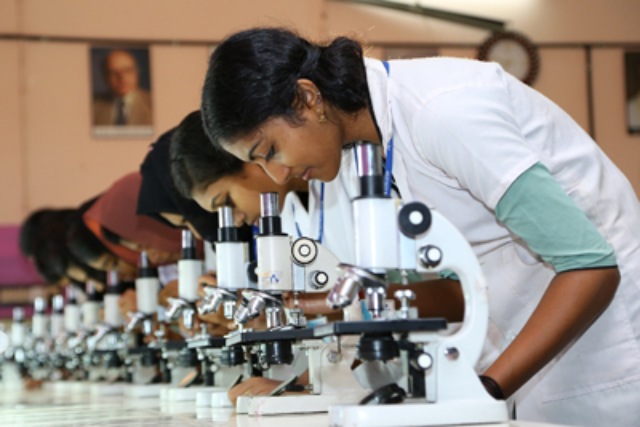